WHATEVER YOU DO GIVE YOUR 100%

They say acting is the best exercise of body, mind, and soul and I truly believe in it. My connection with acting is both eternal and spiritual. I don’t claim to be an expert in acting but yes I surely feel proud that I make my living with the help of this beautiful art. I believe that if you want to forget all your problems and sadness in your life, get up in the morning and become someone else, every day. I have been doing theatre since college. Although theatre is close to my heart, I would rather say acting is my first love. The medium — theatre, television, and films — does not really matter. I have played a variety of characters on telly shows and variety within characters is what attracts me the most. I'm fond of singing ghazals as well as romantic songs. I love to travel with my wife and kids whenever I have some leisure time. 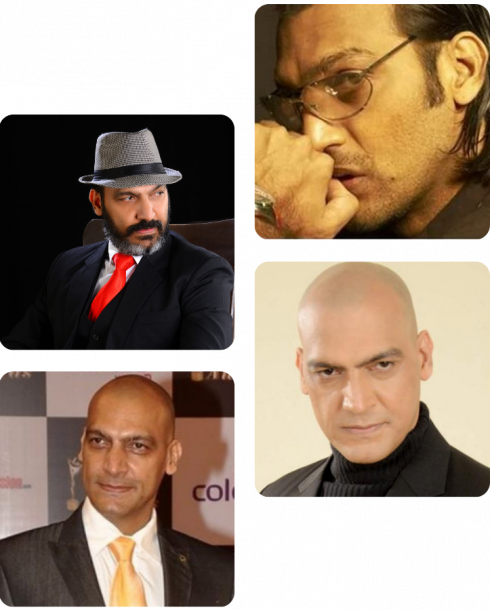 My journey has been interesting and phenomenal, I was born in the Ambala district of Haryana in 1972, then my family migrated to Mumbai in 1983. The acting was a childhood passion and I always wanted to see myself on screen. In Mumbai, I started my career as a theatre artist for the comedy show Khatta Meetha. I won the Best Actor Award 5 times in the Inter-Collegiate Drama Competition held by several groups and colleges. I performed in the Hindi play Sati (1992-1993) in ICDC held by IPTA and won Balraj Sahani Trophy and University’s best actor award for my performance.

With time I grew as an actor and I met wonderful people who helped me shape my career. In 2001, I acted in the film ‘Rahul’ as Rohit and performed in the movie ‘The Hope’ in 2004. I got featured in the Indian epic biographical war movie Netaji Subhas Chandra Bose: The Forgotten Hero and starred in the hit film Padmaavat as Gandharvasen in 2018. I have also done various movies like Baa Baa Black Sheep and Manikarnika: The Queen of Jhansi.

In 2012, I got an opportunity that changed my life as a person by playing the lead role of Chanakya in Chandragupta Maurya and won the Best Actor in Lead Role (Jury) award at the Indian Telly Awards for my performance as Chanakya and Star Guild Award for Best Actor in a Drama category for the same series.

In 2014, I was nominated in Indian Telly Award for Best Actor in a Negative Role as ‘Niranjan Agnihotri’ for the series ‘Iss Pyaar ko kya Naam doon- Ek Baar Phir’ and in 2015, for the best actor in supporting role for the character of ‘Shivanand’ in ‘Mahakumbh’.

I appeared in some popular music videos and played dubbing roles in various popular English films such as The Chronicles of Narnia: The Voyage of the Dawn Treader, Predators, Megamind, Captain America: Civil War, and many other movies and series.

Recently I made my web debut with Chhatrasal. I’ve played the role of a guru in Chanakya but this time the role of the guru that I am portraying is completely different. I will be playing the role of ‘Chhatrasal’s guru (teacher) in the historical drama. I’m also excited to make my Tollywood debut with Shyam Singha Roy.

I am really thankful to God and the people of the Indian film and television industry for giving me opportunities to play so many and such varied characters. I believe that I am a learner and the process of learning is still going on. I hope you all enjoy my work. Your love and support are the prime sources of inspiration.